The Rotterdam Collectief is home to almost 80 plants: from big plants to small plants to plants hanging from the ceiling to plants planted in an old toilet bowl. After all, we’re a collective built on principles of sustainability. But after bringing all of these plants to RoCo, in the fall of 2017, the time had come to bring RoCo to the plants! On the 6th of October 2017, 8 members of the Rotterdam Collectief packed their hiking shoes and tents and travelled to the Chimay region in the Ardennes for a weekend trek. Of course, nothing went as expected…

Twenty kilometers in 2 days, and camping in a bivakzone – which is basically an empty spot in a forest. We carefully planned out a route that would take us through forests, past rivers and end at a beautiful site close to the village of Nismes. What could go wrong? 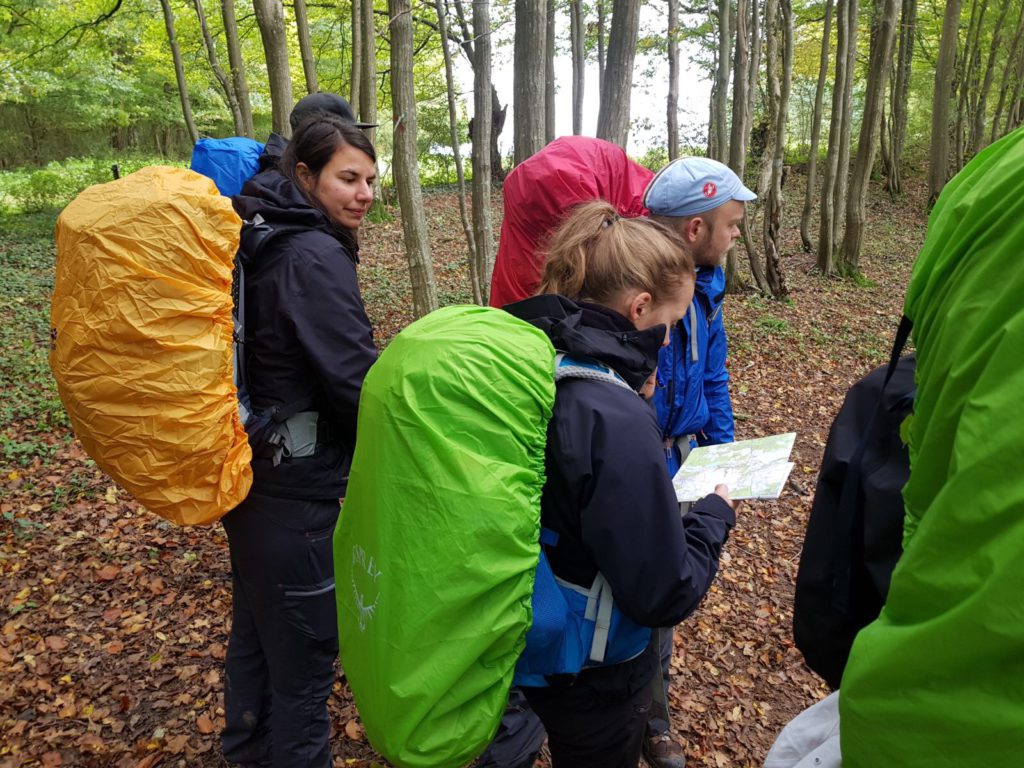 Of course, we knew that the weekend that we were going was also the start of the hunting season. But how bad could it be? We’d checked out everything we could find online and even called the local tourist agencies in French to find out exactly where the hunting would take place. Our route was not supposed to cross any hunting grounds. We were wrong. 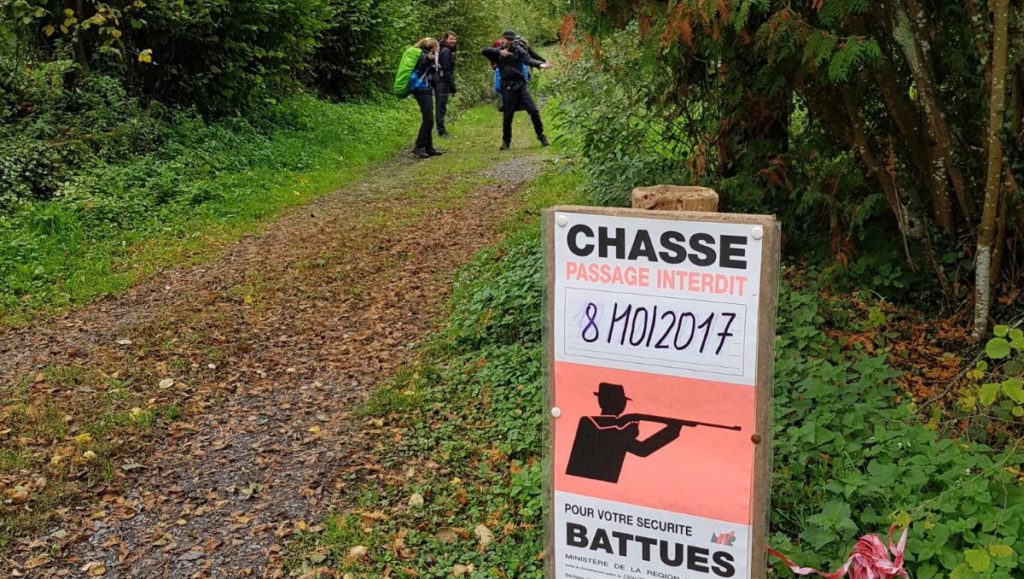 Disclaimer: we were here on October 7th. Really, do not ignore these signs.

Nearly every route that we planned to take, would pass the hunting grounds. We were forced to take a big detour over asphalt roads to get to our camping ground of the day. But we made it!

Unfortunately, it soon started to rain.

We needed firewood. Real, and most importantly dry, firewood. So we set out to the village. The only people we saw were a local family who, as we set foot upon their property, welcomed us by sending over an 9-year-old boy driving a huge digging truck, who only came to a stop right at our feet. He nodded his head. In scarce French, we explained that we were camping and were interested in buying some of the logs that were stacked to the left of their yard.

Without a word, the boy drove the truck back to who we assumed was his dad. The man came over. “Bien sûr!” he smiled broadly. He sent away the boy to get their van. “Where are you staying?” he asked. “I’ll drop off the logs at your campsite!” Relieved and happy, we hiked back up the hill to our campsite, following the van that was carrying our 20 heavy logs of firewood.

At last, we could start our fire. And despite the rain, that was by now pouring from the pitch dark sky, it kept us warm and partly dry right until bedtime at 9PM.

The next day, it had stopped raining. And most hunters stayed at home on a Sunday. Finally, we were set up for success.

We passed through what felt like an elf forest. 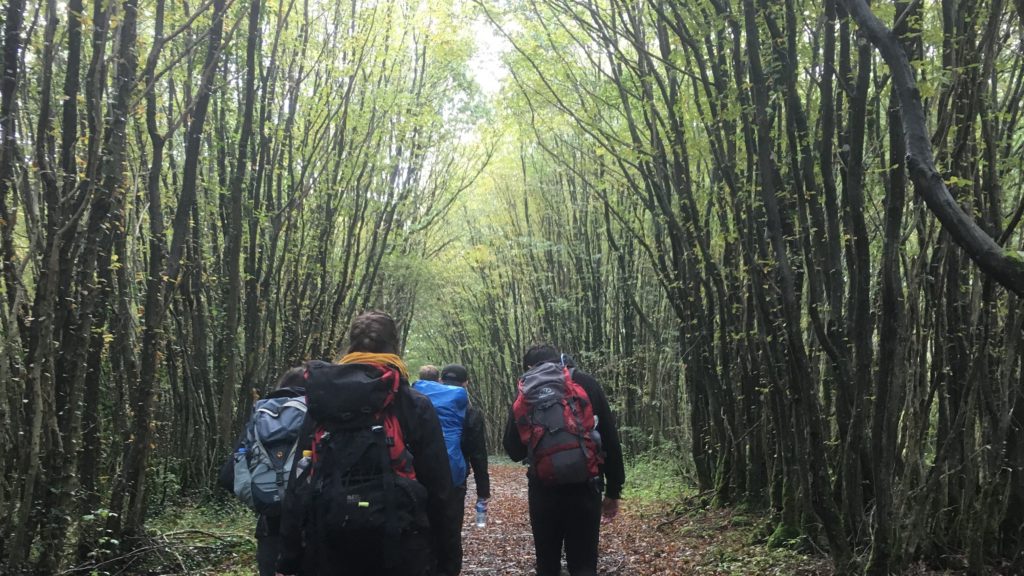 We saw waterfalls, albeit very small ones. 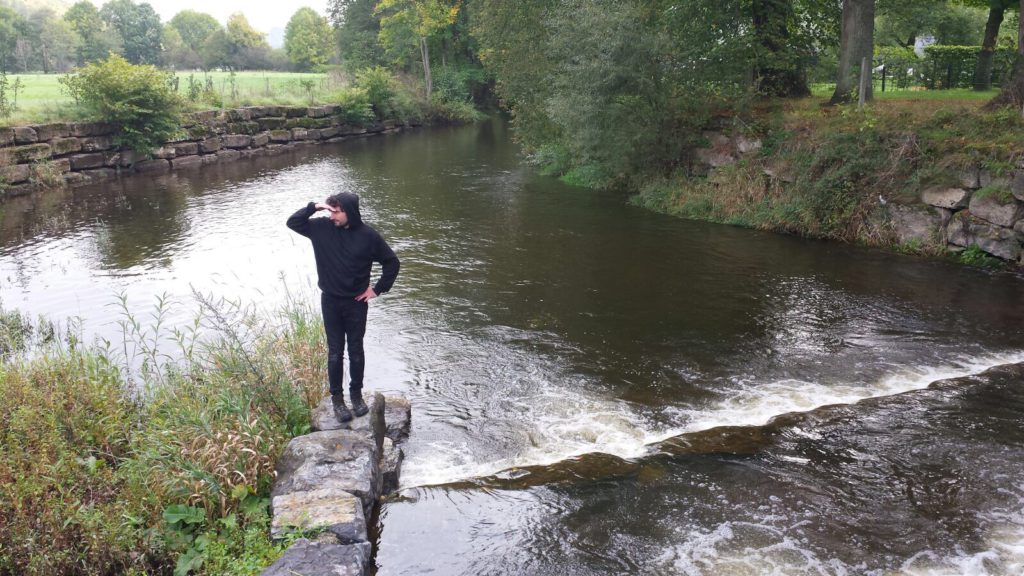 And finally, we arrived at the surprisingly beautiful sinkhole called Fondry des Chiens. 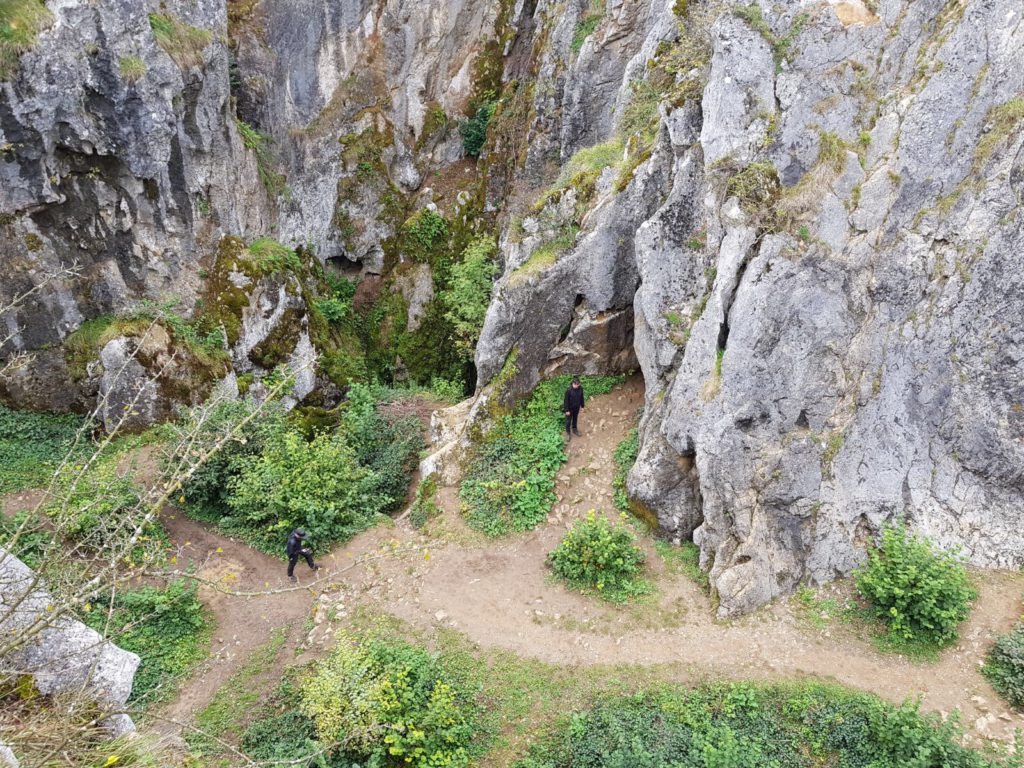 And despite a tiny hiccup with the car keys, which we left locked in the car that was now parked at the first campsite over 20 kilometers away, we were happy people. We hitch-hiked, got the car keys, and drove back to Rotterdam. Wet, very muddy, but a little bit enlightened too. 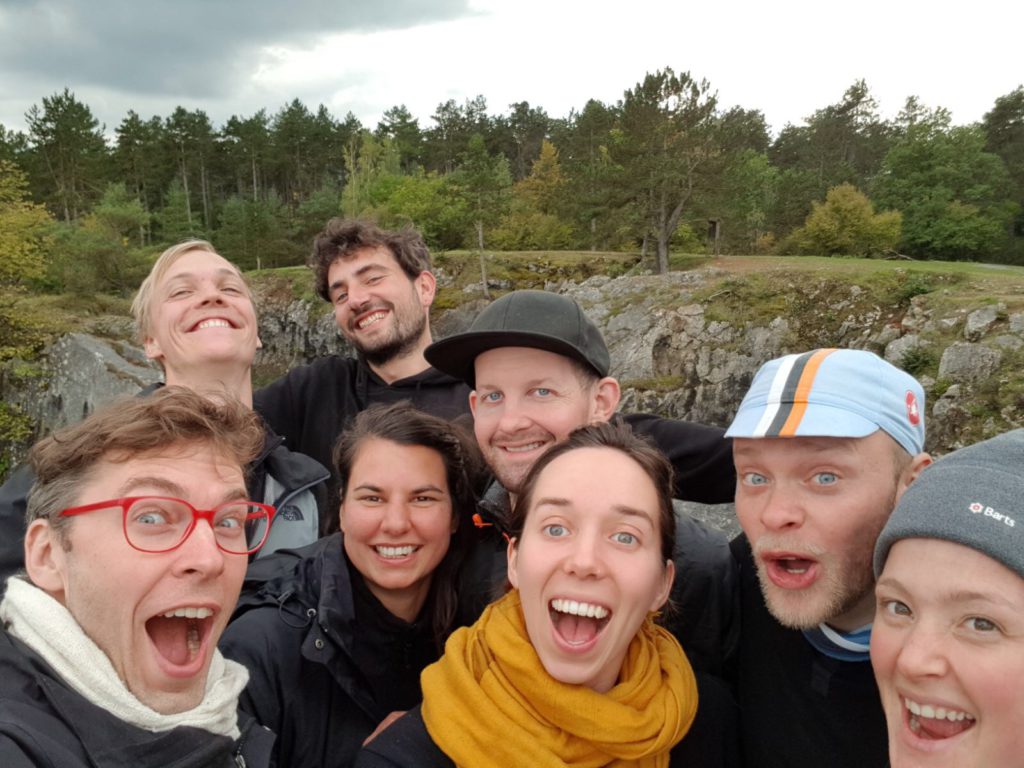 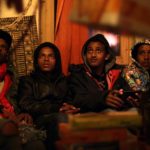