Rotterdam Collective is home to diverse businesses from all over the world. Meet Piet Schmeits, a Rotterdam-based industrial designer and process facilitator from The Netherlands. Piet designs and facilitates people processes. Also, Piet co-organises Think Big, a food festival that creates consciousness about loving ánd eating animals. When not behind a computer or barbecue, you’ll find Piet conquering mountains by bike or foot. 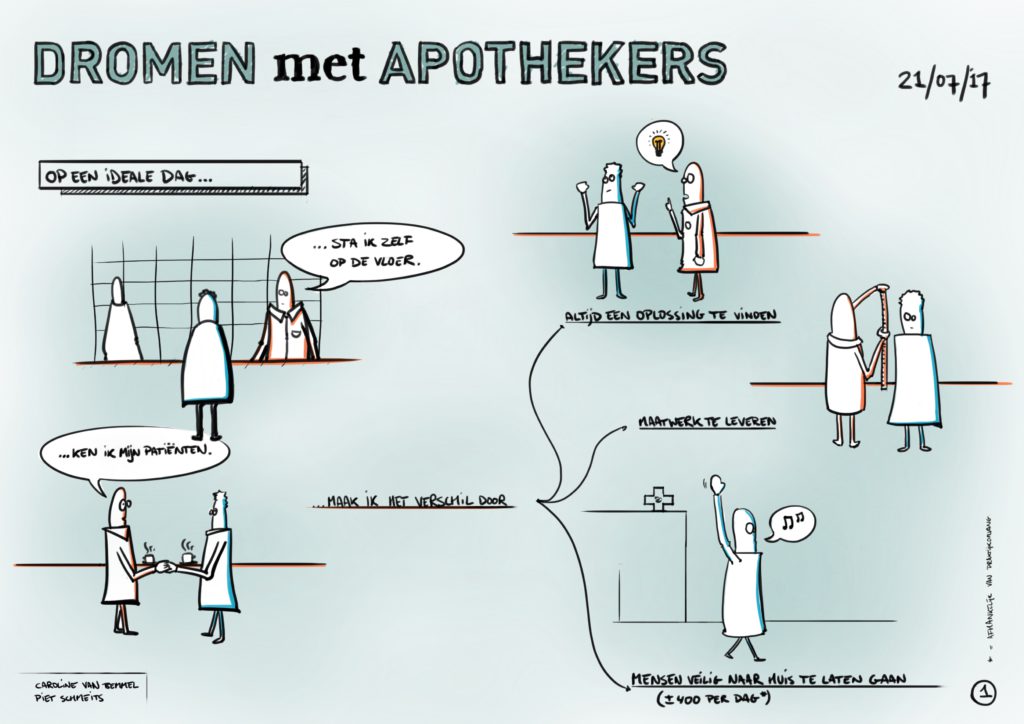 Dreaming with Pharmacists: a ‘dream canvas’ illustrating an ideal workday for a pharmacist created by Piet. The dream canvas is the first step in the process to realise this future scenario.

Piet is driven by the desire to create meaningful relationships between people. It all started with his graduate work: redesigning a children’s bicycle seat. “You can look at a bicycle seat from many different angles,” says Piet. “I saw a potential to strengthen the relationship between a child and its parent.” The safe yet open design of Piet’s seat facilitates conversations between the child and its parent about the things they see around them.

Today, Piet still works on enabling human relations, but without the intervention of a product. With his project called Speelveld (Playing field), Piet helps pharmacists to develop stronger relationships with patients. With another project, called Wetenschapsdialogen (Science dialogues), he helps scientists to establish meaningful interactions with their audience.

Wetenschapdialogen is the result of various connections that were made through Rotterdam Collective. “That’s one of the great things about RoCo,” says Piet. “You might mention that you’re working on something during lunch. The next thing you know, people help you.”

With Wetenschapsdialogen, Piet and Marjolijn work with scientists from the university. The goal is to co-create sessions for the Science Meets the City Festival in September 2018. “Currently, we are in the ideation phase with three scientists: a social epidemiologist, a micro biologist and a philosopher” says Piet. The project will result in interactive sessions at the festival.” Between June and September, Piet and Marjolijn host a series of meetings, workshops and coaching sessions.

Piet has plans for the future. “There’s so much more that we can do together. But only if we know what everyone is doing, and what everyone cares about,” says Piet. With Wetenschapsdialogen and Speelveld, Piet wants to continue to create environments that make this possible.”I believe that through meaningful interactions, we can make the world a more interesting place.” His newest project, De Staat van Justitie, is a first step to do so in the world of justice.

Even better, you can experience Piet’s work yourself. Bring a visit to Science Meets City at Erasmus University. The festival takes place on September 28 and 29, 2018 in Rotterdam. Entrance is free. 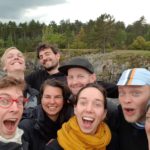 Rotterdam Collective: Where’s everyone from? 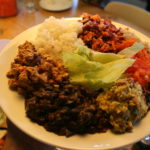