Every couple of months, two people from Rotterdam Collectief cook dinner and two people show their work. This time, Amanda Terpstra presented her work as an architectural historian. Anthony Banks performed his songs. Erika Hirose and Charlotte van Oostrum made dinner – and presented a little thing themselves as well.

When we see Amanda, she’s typing away behind her computer. When we don’t see her, she’s roaming the archives of the city of Rotterdam, gathering dust ánd information from old documents. All the while, she’s creating stories about the buildings around us – mostly for the municipality. These documents are (almost) never published, and so we never get to see them. For this evening, Amanda took us on a journey through some of her most beautiful findings – from old advertisements to maps of Rotterdam through the ages. 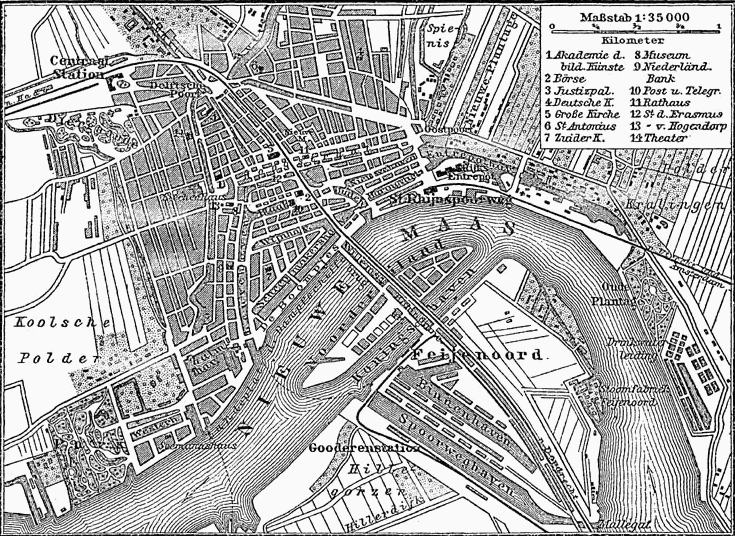 Map of Rotterdam around 1885, published in Meyers Konversationslexikon (source: Wikimedia)

Anthony is an art director and creative copywriter. But he also tells stories through his music. Anthony plays in a Paris-based rock band, but for this intimate evening he performed his songs solo on acoustic guitar. From personal lyrics about why he moved to Rotterdam (“Wherever You Go”) and toxic masculinity (“Sounds Like Me”), to a closing rendition of Bob Dylan’s “Don’t Think Twice It’s Alright”.

Erika, who makes her own miso and other fermented Japanese foods at WAKEAT., prepared DIY Japanese Style Vegan Tacos. During the meal, Erika explained how miso is her way of making people more aware of food and waste, what miso can do for our health and how her company is her way of preserving and innovating this part of Japanese culture. Charlotte served Moscow Mule cocktails with gradient ice cubes – a try out of a new project she’s working on called Data for Dinner, with which she is looking to drive conversation through data-driven food design. 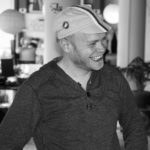 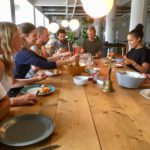